How Volterra Dreamed Big, Then Focused Its Way to 300% Growth

By concentrating on current products rather than future plans, the company tapped soaring pandemic-driven interest from customers. 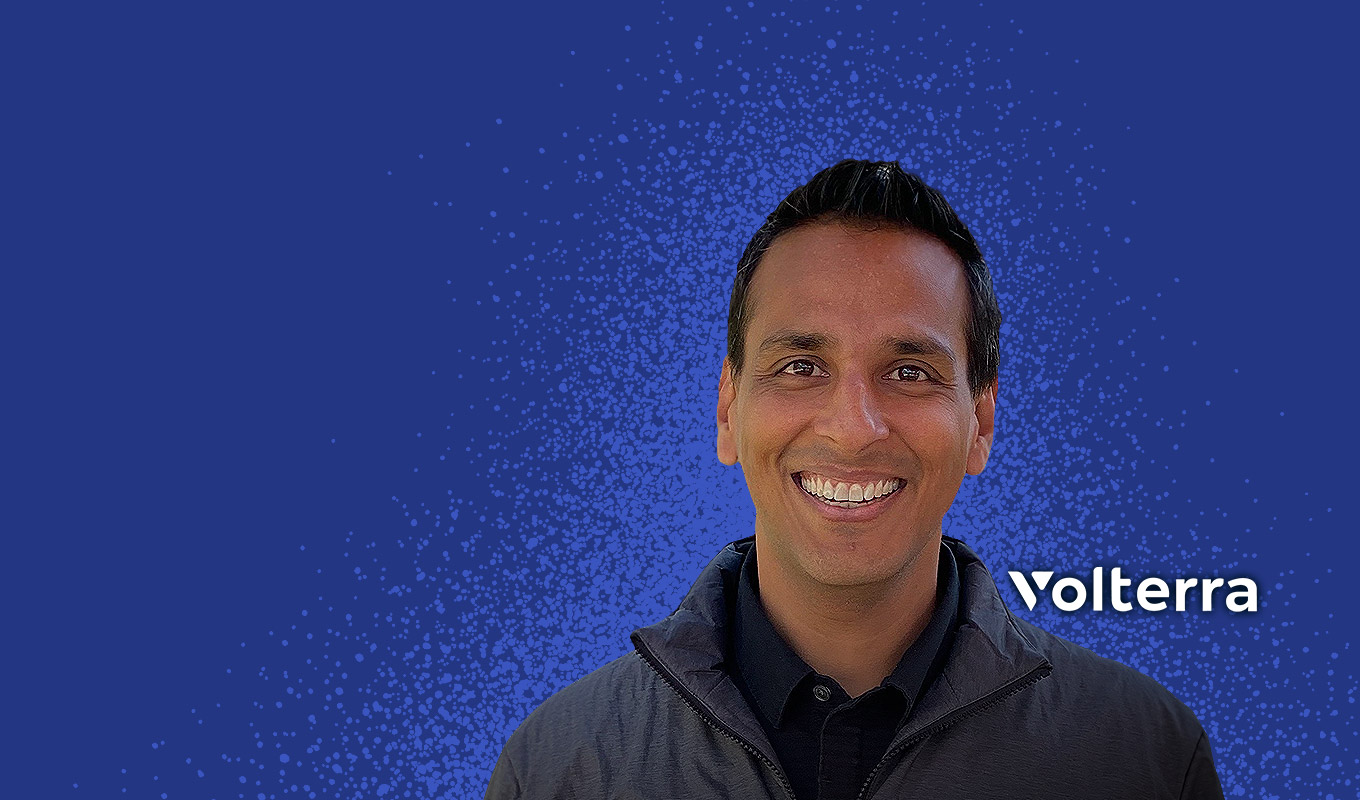 Ankur Singla knows what it’s like to be an overnight success. Back in December 2012, Juniper Networks bought his first start-up, Contrail Systems, for $176 million. The company was just nine months old.

So when Ankur started Volterra in 2017 with $25 Million in Series A funding led by Mayfield, he was looking for a different kind of experience. He wanted to develop technology to tackle one of the digital economy’s knottiest problems, knowing full well it might take years to solve. He just didn’t know which problem. So while he searched, Volterra’s engineering team started work on a new kind of soup-to-nuts “edge” network that companies could use to replace scads of standalone products that weren’t designed for modern cloud applications. Whatever problem Ankur ultimately settled on, it would make use of this cloud networking platform.

“I was on a quest to find that big application, and we ended up going on a lot of goose chases to find it,” says Ankur. “And then the pandemic hit.”

Suddenly, companies all over the world were trying to figure out how to keep employees productive from their homes, and edge-centric networks, which handle traffic closer to end users so everything doesn’t go back to overwhelmed corporate networks, were suddenly center-stage. After refocusing on a technology that was supposed to have been a means-to-an-end, the company’s sales grew at a 300% clip in 2020. To take better advantage of the sudden demand, Volterra agreed to be acquired by much larger F5 Networks for $500 million in January 2021.

“We didn’t want to do another infrastructure company,” he says. “We created technology we could apply to a big and tangible problem, like autonomous cars or industrial robotics. In the end, we found we’d already created something that applied across many problems.”

“Founding investors have to build a zone of trust with founders as they explore the different phases of early stage company building,” says Mayfield managing director Navin Chaddha. “It was a delight to partner with Ankur, who is a big thinker and constant learner, as he and the team guided Volterra to a great outcome for all.”

From the beginning, Volterra’s networking and security technology was designed to address the obvious weaknesses of legacy networks in a cloud-centric world. For decades, companies had built expensive, complex private networks so employees in the office could safely use applications they created or purchased from companies like Microsoft and Oracle. By comparison, the public Internet was insecure, slow, and inefficient. With little network capacity at the edge, every mouse-click generated traffic that might have to travel thousands of miles to a corporate network or cloud data center.

The public Internet was also unbalanced. Network capacity was largely architected so a few big companies (think Netflix) could push content to consumers and far less for when consumers wanted to send information back.

Ankur realized those assumptions no longer applied. Long before the pandemic, companies were shifting rapidly from on-premises applications to cloud services that live on that same Internet they used to eschew. And overall traffic patterns were shifting as well: It wasn’t just Netflix movies sucking up the Internet’s capacity, but billions of Instagram, YouTube, and TikTok posts ricocheting across the globe.

“The Internet was built for moving data downstream. With the distributed nature of modern applications, we realized it needed to be more symmetrical,” Ankur says. “That was probably our biggest insight.”

But it wasn’t his only one. The 100-person engineering team also developed a new security model for distributed applications and a console that enabled network administrators to easily monitor and manage them all. Significantly, it was “multi-cloud,” allowing companies to securely manage apps hosted on AWS, Google Cloud, and Microsoft Azure as if they were one.

“The basic idea was, ‘We will operate the network and apps for you so you can focus on your business,’ Ankur says.

When the company came out of stealth mode and began selling in 2019, the response from customers was swift.  SoftBank, for example, signed up to use Volterra’s platform in its new 5G network in Japan, as did other companies from a wide variety of industries.

While Ankur kept drilling down on the right applications to maximize Volterra’s value-add, the company leveraged the capital it raised to staff up to about 125 employees, almost half of whom were industry veterans who had worked with Ankur at some point during the past 15 years.

When COVID hit, Ankur expected demand for the product would drop. He decided to put his quest for “the killer application” on hold, and focused on the existing product to ensure the company’s near-term survival. Instead, demand spiked as companies that had only been thinking about moving to multi-cloud and edge-centric computing suddenly had no choice. Enroute to that 300% growth in 2020, Volterra signed up customers that included two more huge phone companies and a top five carmaker.

By year end, it had become clear the company’s ten person sales and marketing team couldn’t keep up with demand. Ankur began looking for a partner with a larger sales force and established marketing programs, to help make the most of the moment.

One of the potential partners was F5, a 25-year-old company with a broad product lineup, a well-known brand, and a long list of marquee clients that might be receptive to Volterra’s technology. The companies also shared a similar raison d’être.  Both focused less on the basic plumbing of the Internet, and more on making sure companies could run their apps as quickly and safely as possible anywhere.

When talks escalated and F5 made its acquisition offer, it was the right decision for investors and offered the best way to drive adoption of the company’s technology.

“I had really wanted to keep building the company,” Ankur says. But after long discussions with advisors including Navin, Volterra accepted the bid from F5.

“You’ve got to do what is right for the team,” Ankur says. “I’ve learned over my career that if you don’t, things will never work out in the long-term.”